Anna D'Andrea (anantamayi) is a creative advocate and facilitator of self-awareness, healing, and personal empowerment. She is a Certified Yoga Teacher, a Therapeutic Touch practitioner and instructor, a Reiki Master-Teacher, a Certified Clinical Aromatherapist, an experienced Focusing facilitator, and a long-time student and study group leader of A Course in Miracles. Anna received a graduate education from Hunter College of the City University of New York and taught foreign languages for many years until her personal transformation in the early 1980's. Her healing vocation evolved from studying Yoga and other energy modalities since 1982. She was a resident/student at the Himalayan International Institute and learned about body/mind medicine and consciousness growth under the graceful guidance of enlightened Teachers. With her intuitive style, Anna supports each person's unique process of unfoldment and assists students and clients to discover inner resources for achieving their desirable level of well-being and personal fulfillment.

SIGUNG (Master) Bobby Earl has been practicing and teaching the Chinese and Hawaiian system of the Pai Lum Tao  family of martial arts for over 30 years. During his career, he has received many awards, including “school of the year” award in 2001 and has won many state and international championships in major competitions throughout the US.

Mr. Earl opened his first martial arts school in 1994 and he has owned and operated at multiple locations before retiring from full time teaching in 2015. During those years he produced his own instructional video series and wrote published articles on Tai Chi and Chi Kung. He appeared in the first ever book written for the public by his instructor, Grandmaster Glenn C. Wilson on the Chinese martial art system of Pai Lum Tao. He appeared in many instructional videos alongside his instructors on the arts of Tai Chi, Kung Fu, Kenpo and Wing Chun Gung Fu.

He currently teaches part time at the Self Discovery Wellness Arts Center in Montrose, Pa. 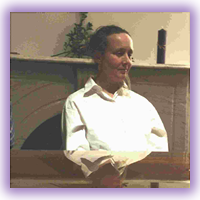